Note: I originally wrote this piece for the Neat Pour audience. Though it's not quite my style (part of my goal with Silly Sir is to make great beer appealing to casual drinkers by avoiding describing it so much), I think it makes for a pretty interesting read.

I started drinking beer when I was three-years-old. A curious miniature me demanded a sip from my mother's can of Budweiser. “You won’t like it!” she insisted. She was right. It was here, at this early age, that I learned beer tasted like piss and vinegar. It was an awful substance, and I couldn’t understand why grown-ups liked the stuff. I swore I’d never drink beer again–in hindsight, I realize that this sentiment was exactly what my mom wanted to hear. 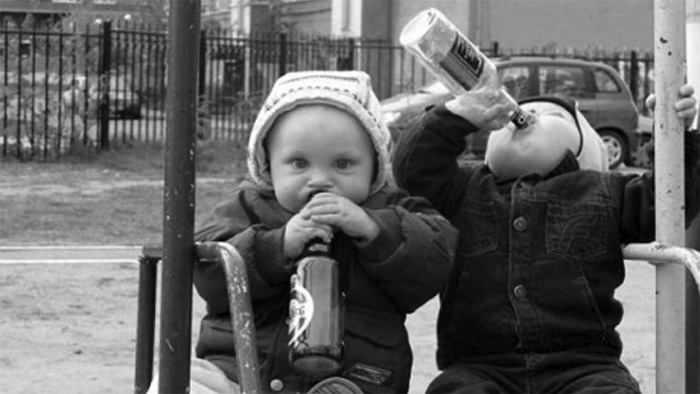 In my defence, all the cool kids were doing it...

Fast forward a few years to when my friends’ family came over for a visit. Their father had been drinking, and tossed his unfinished beer into a plastic garbage bag that for some reason contained my first-gen Nintendo Gameboy system. I’m not sure why I was keeping my prized possession in a black garbage bag... Anyways, what matters is that awful sticky beer got all over the internal electronics rendering my beautiful, grey plastic brick inoperable. Beer had become my enemy.

What happened? Why do I now love beer?

Guinness. I’ve always loved coffee. And, when I first tried Guinness at an Irish Pub in Guelph, Ontario, I started thinking that maybe I could actually enjoy beer. Guinness didn’t taste like piss and vinegar, didn’t ruin my Gameboy, and actually had a surprisingly pleasant coffee aroma. It was my gateway beer and still remains an old faithful.

Since then, my love of beer has grown steadily. I read as much about beer as humanly possible and I try as many unfamiliar styles as possible in order to better acquaint myself with the wonderful and varied world of beer. Recently I returned from 5 month trip across Southeast Asia where I sampled as many great beers from across the region as I could.

One clear pattern I observed is that most Southeast Asians are quite proud of their national brews. Although I understand the national pride (Molson Canadian is a pleasure of mine), I perceive all these beers as being essentially identical one another. They are as unremarkable as the one-dimensional adjunct-based lagers you find offered by the big guys. To be honest, I doubt I’d be able to reliably distinguish one from the other in a blind taste test. Malaysia, Singapore, and Indonesia are particularly disappointing in terms of their beer selections as their populations are overwhelmingly Muslim and Muslims aren’t supposed to drink alcohol.

There are, however, a few exceptions. For instance, there’s a tiny night-boutique in Singapore’s Chinatown area called The Good Beer Company and an establishment in downtown Kuala Lumpur called Taps Beer Bar. Both import beer from famous breweries around the world. Here you’ll find selections from Brewdog (UK), Left Coast (US), Two Birds (AU), and Mikkeller (DK), all of which are predictably pricey. For instance, a mere half-pint of Hardcore IPA from Brewdog chewed into my shoestring backpacker budget and set me back a whopping $14 CAD! 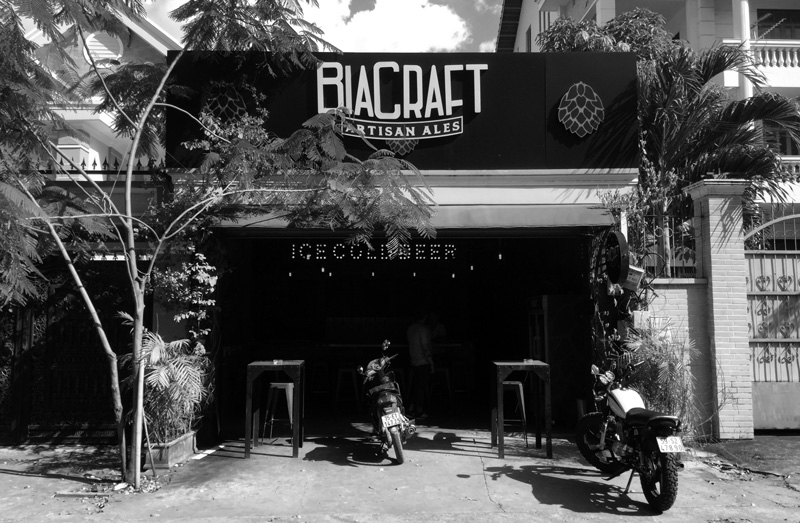 Still, while the beer selections at these hidden gems are impressive, there was simply nothing local to sample. It wasn’t until we travelled further north to Thailand and Vietnam that the local beer selections really opened up, and prices dropped to affordable levels. These countries are far more liberal in their alcohol consumption and their cities are teeming with brewpubs with impressive local craft beer selections.

Bangkok’s Let the Boy Die is a successful nano-brewery owned and operated by founder Pieak Ska. Here we observed a significant number of Thai women sharing dark, flavourful beers with girlfriends. While the majority of brewpubs in the region are owned by expats and are populated primarily by foreigners, this place seems to appeal to the locals. Indeed, observing local women connecting over pints of stout brewed by a Thai owner was an unexpected, encouraging treat. 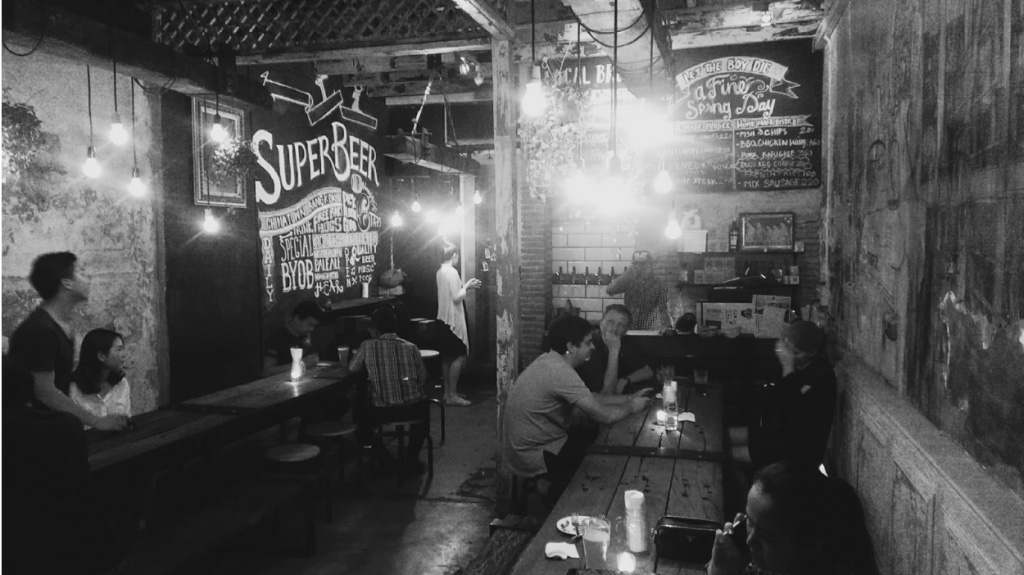 Vietnam’s craft beer scene is also heating up. As evidence, Ho Chi Minh City is home to nearly 50 microbreweries. While most serve Czech and German style lagers exclusively, there are several others with wide menus designed to appeal to those who enjoy hoppier, tastier beers. We dug a little deeper and ended up visiting Pasteur Street Brewing Co. which has an impressive selection of inspired beers that make excellent use of local ingredients. Their additions are usually quite subtle, and never overwhelm their particular styles. Here are some of my faves from Pasteur in Ho Chi Minh (Saigon), Vietnam: 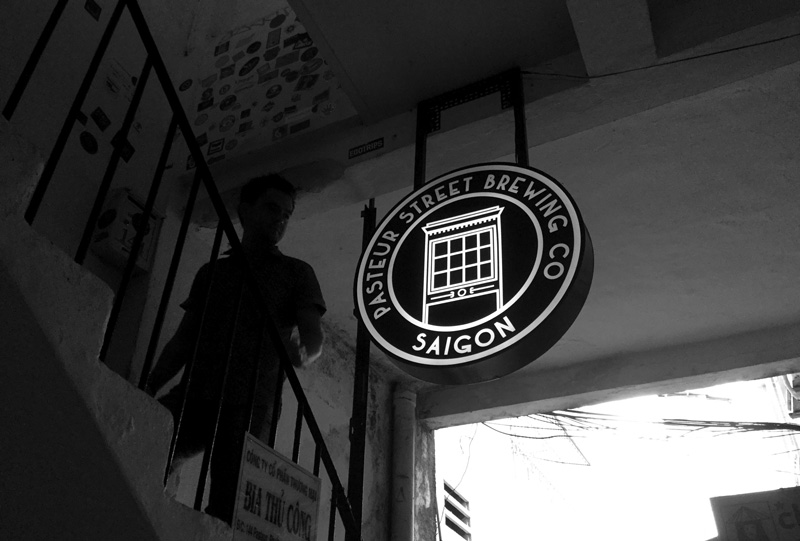 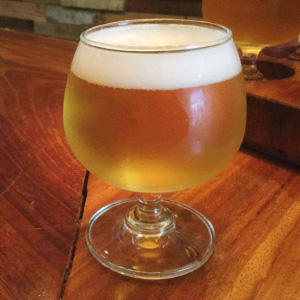 Taste: matches the aroma pretty closely, with a mild tartness on the finish.

Overall: a mild and refreshing sessionable beer that’s a perfect antidote to the relentless heat of the region. 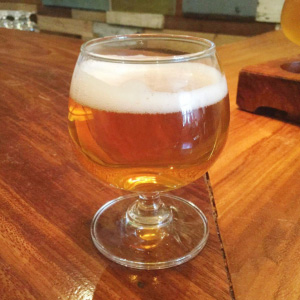 Taste: the jasmine fades to the background offering a mild complementary flavour to the citrus and a medium-length finish.

Overall: a rather sessionable IPA considering it’s a modest 6.5% ABV. The jasmine ends up feeling rather subdued and almost invisible. 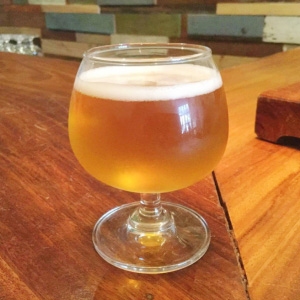 Aroma: a probable lactobacillus funk, with black pepper, and nutmeg.

Overall: this is a tough beer to really describe. It’s got a lot of complexity, with a rather tame funk. The lemongrass and ginger notes leave it feeling distinctly Asian. 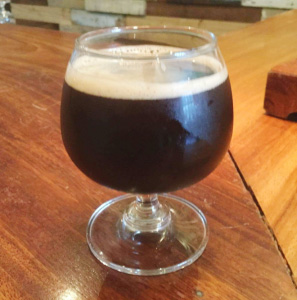 Taste: lots of coconut and chocolate upfront leading to a sweet finish.

Mouthfeel: the alcohol is a little bit hot. Medium levels of carbonation.

Overall: this beer is just shy of being great. It’s got all the right flavours, though the heaty alcohol overwhelms a bit. 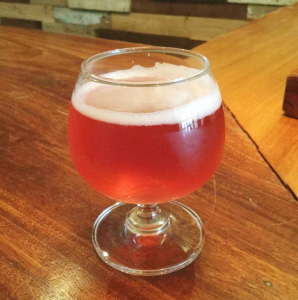 Appearance: pink, with a slight haze.

Taste: sour, and very slightly salty. The dragonfruit contributes nothing but colour.

Vienna Lager With Vanilla and Clove 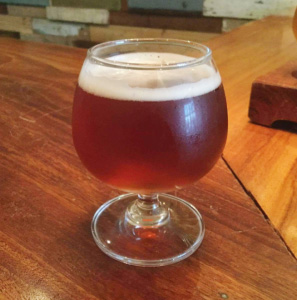 Aroma: lots of caramel on the nose, with a mild oak, bourbon character. Restrained vanilla and cloves.

Overall: a must-try, beautifully complex malt-storm. While there’s nothing particularly Vietnamese or Southeast Asian about the beer, but it’s deliciously full-bodied, and should not be missed.

There you have it - great beer exists in Southeast Asia. Stay tuned for more write-ups on the beer of Southeast Asia in the future. I've developed quite of a backlog.

What are some of your favourite beers from around the world? Let us know in the comments below!