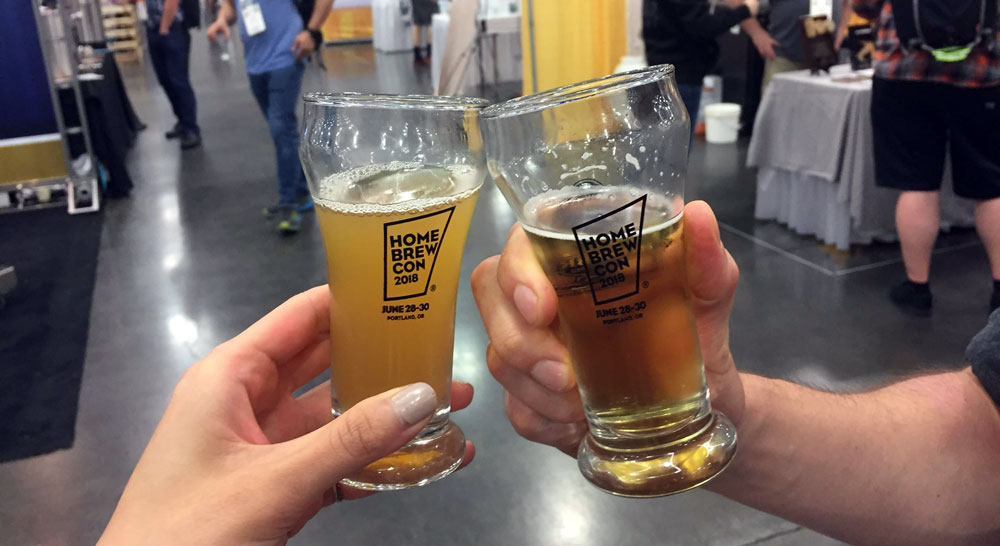 Homebrew Con is an annual homebrewer's conference and celebration organized by the American Homebrewers Association. The event takes place every June and is perhaps best described as a sort of "homebrewer's Mecca" to where thousands of devotees and clubs from across the world (but mostly the United States) travel for three glorious days under the banner of delicious homebrew. The purpose: learning, drinking, and celebrating all things beer and homebrew.

Our decision to attend came at the recommendation of our Club's president Eric Cousineau, who with his wife Rebecca, has attended several conferences across the US and spoke very highly of the event. We're so glad we accepted the invite.

For me, a guy who isn't so much into the craft beer "scene" as he is passionate about honing his craft and acquiring knowledge and skills, the educational conferences were essential. The only problem is: there are so many occurring concurrently that you can't attend them all. Fortunately, they're all videotaped and archived.

Homebrew Con celebrated its 40th anniversary this year. The opening keynote was fittingly headed by the organization's founder and former CEO (and overall homebrewing diety): Charlie Papazian. Charlie's incredible influence within the homebrewing community really cannot be overstated. Through his leadership and lobbying efforts, the AHA in 1978 successfully helped to pass legislation that legalized homebrewing at a federal level. He is also the author of the seminal Complete Joy of Homebrewing. His charisma, wisdom, sense of humour, and approachability helped to set a much appreciated tone for the conference.

Famous breweries from across the United States travel thousands of  miles to an expo hall to get beer into your ever-expanding belly. The most popular stuff runs out fast, so ensure you have an insanely informed "Eric-type" with you to guide you to the all the right places.

This photo will go down in GTA Brews history.

We were also stoked to get a spot in Brulosophies Karaoke where we danced until 2am.

Homebrew clubs from across the US (and even a couple from Canada) congregate in a huge hall with elaborate setups, to showcase the best homebrew offerings. Pacing yourself is key, as beer continues to flow free of charge.

Big shout out to Vanbrewers for this sweet Canadian setup.

Easily the largest homebrew competition in the world. Thousands of beers from all over the United States are judged based on appearance, aroma, flavour, mouthfeel, and measured against a thorough set of stylistic guidelines to determine the best examples of each style. There are over 30 medal-categories, each with subcategories of beer. It's an inspiring cacophony of beer styles that are ever evolving and being fit into the wonderful world of beer.

That's a LOT of homebrew.

Homebrew Con is a commitment, but it's a commitment you really should consider. To attend you must be a member of the American Homebrewer's Association ($48.96 CAD) and register for the conference ($334.79 CAD for full access). So it's not cheap. It is sometimes important to remind ourselves that homebrewing is a hobby of privilege: you must have space and a fair amount of money to participate. But was it worth it? Well, I'll let you be the judge... when I see you next year in Providence, Rhode Island!

Published by: Matt in Brewing