There and Back Again: a New Zealand Cycling Tale in Search of Great Hops

In January I set forth with my partner Sara on an epic 6-week cycling trip across Middle Earth, and while we sampled some tasty beer, our trip was admittedly less about "hoppy drank" and more about escaping the depressive horror of a bone-chilling Canadian winter. Oh, that and finding Hobbit meat. They were not home. 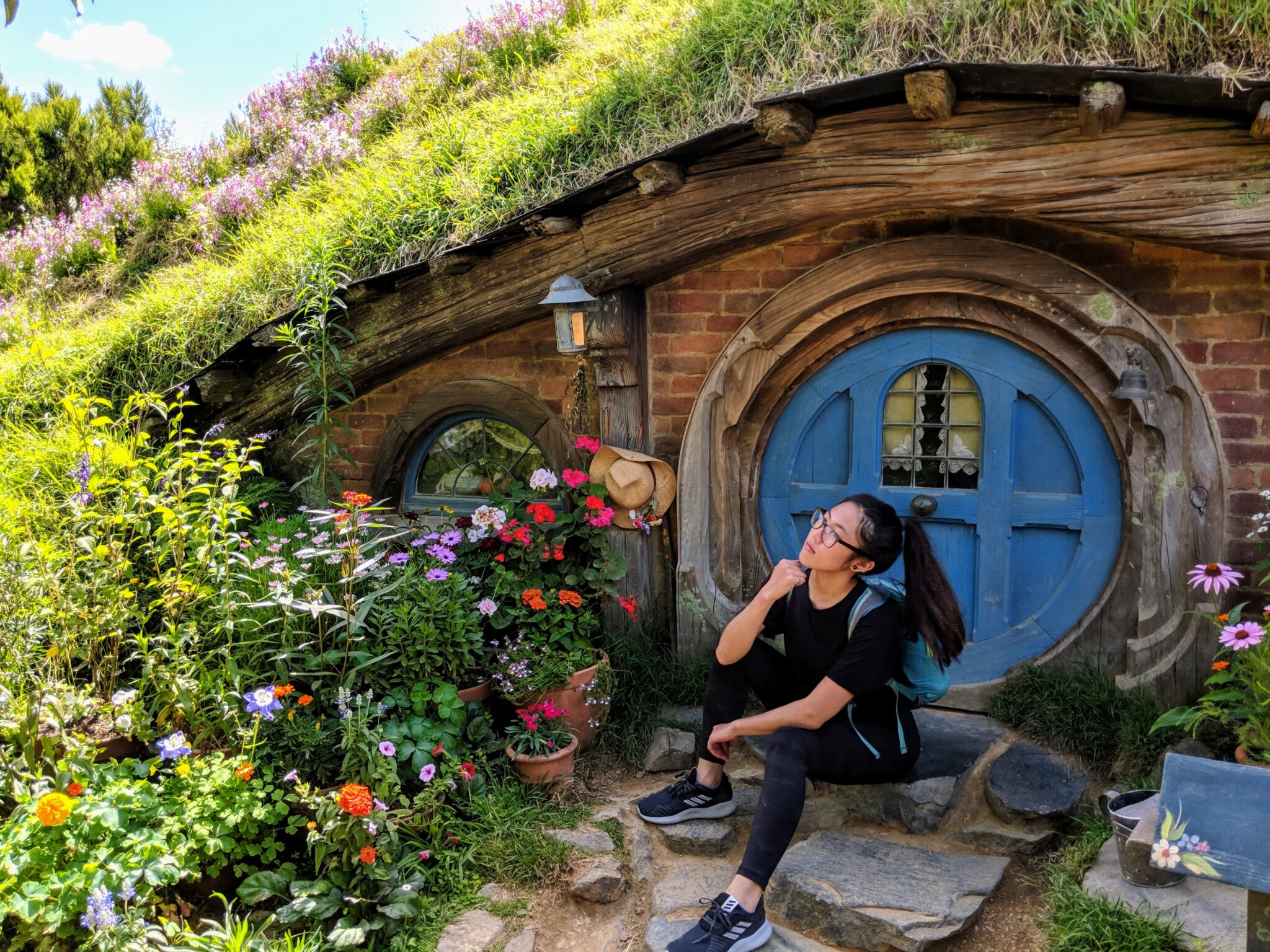 "Where is all the Hobbit meat?", wondered Sara.

Fortunately, before returning home we did manage to score a kilogram worth of New Zealand's highly regarded and sought after Riwaka hops - a hop variety that's currently unavailable in North America (unless you're exceedingly well-connected). 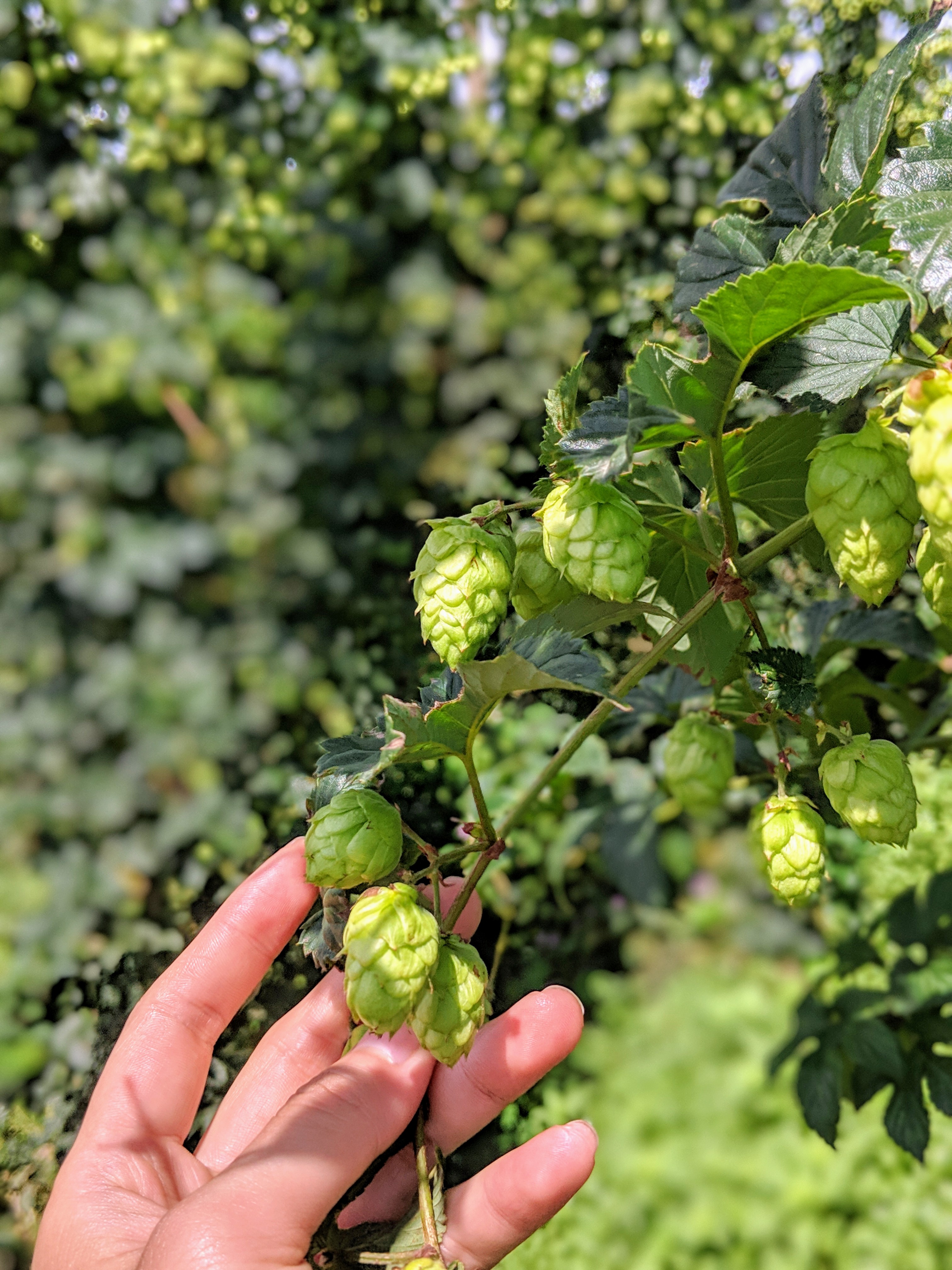 Riwaka hops maturing on the bines.

Near the top of our touring list was Nelson - a region famous for its hop fields. It is the hop growing capital of New Zealand and home to many distinctive varietals such as Motueka, Wakatu, and of course Nelson Sauvin. New Zealand's hops are known for packing an aggressive punch in the essential oil/aroma department and are often attached to descriptors suchs as: tropical, citrus, peppery, gooseberry, and white-wine like. 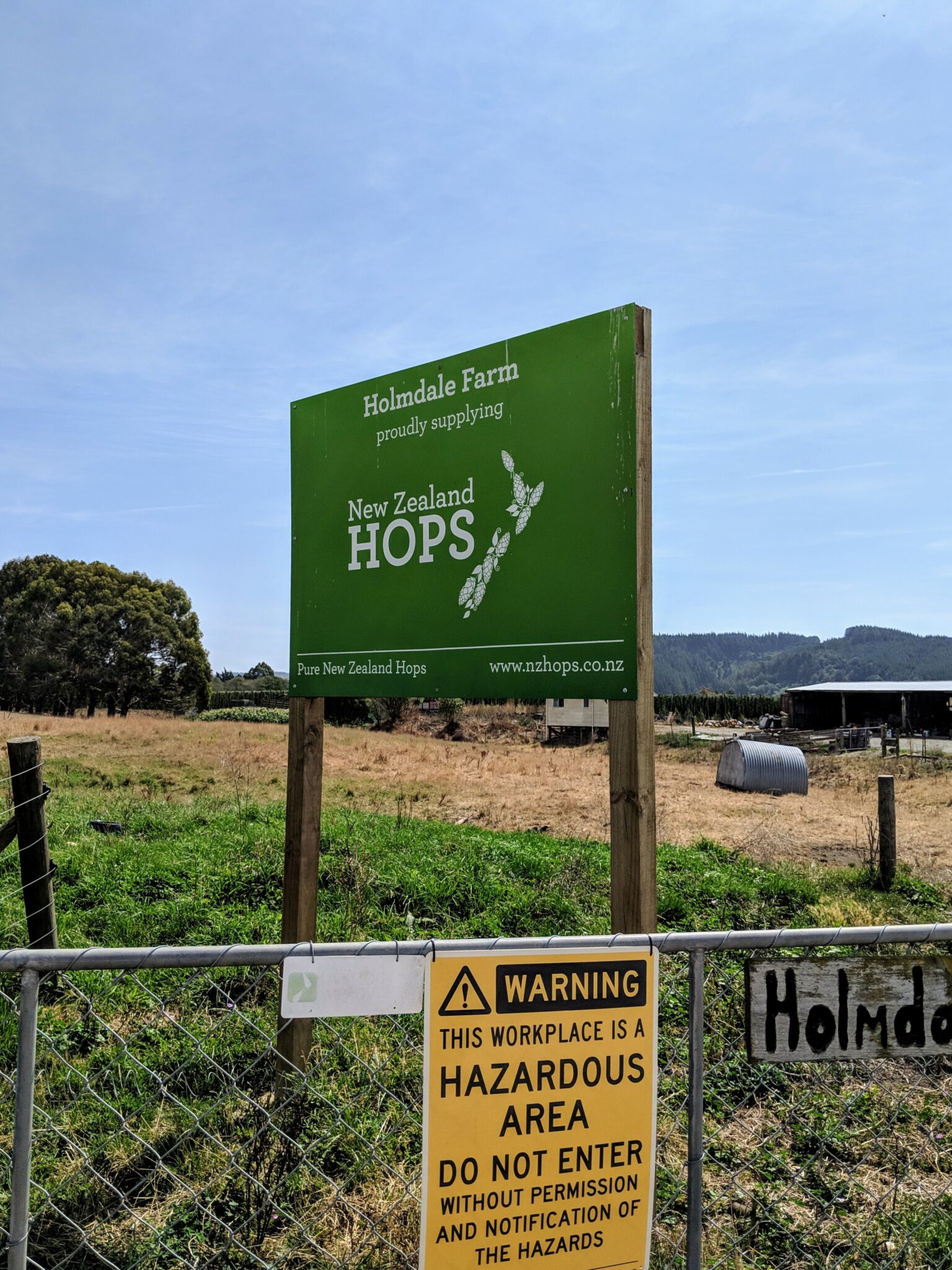 A friendly farmer named Bryce welcomed us onto his beautiful hopyard at the Holmdale Farm. 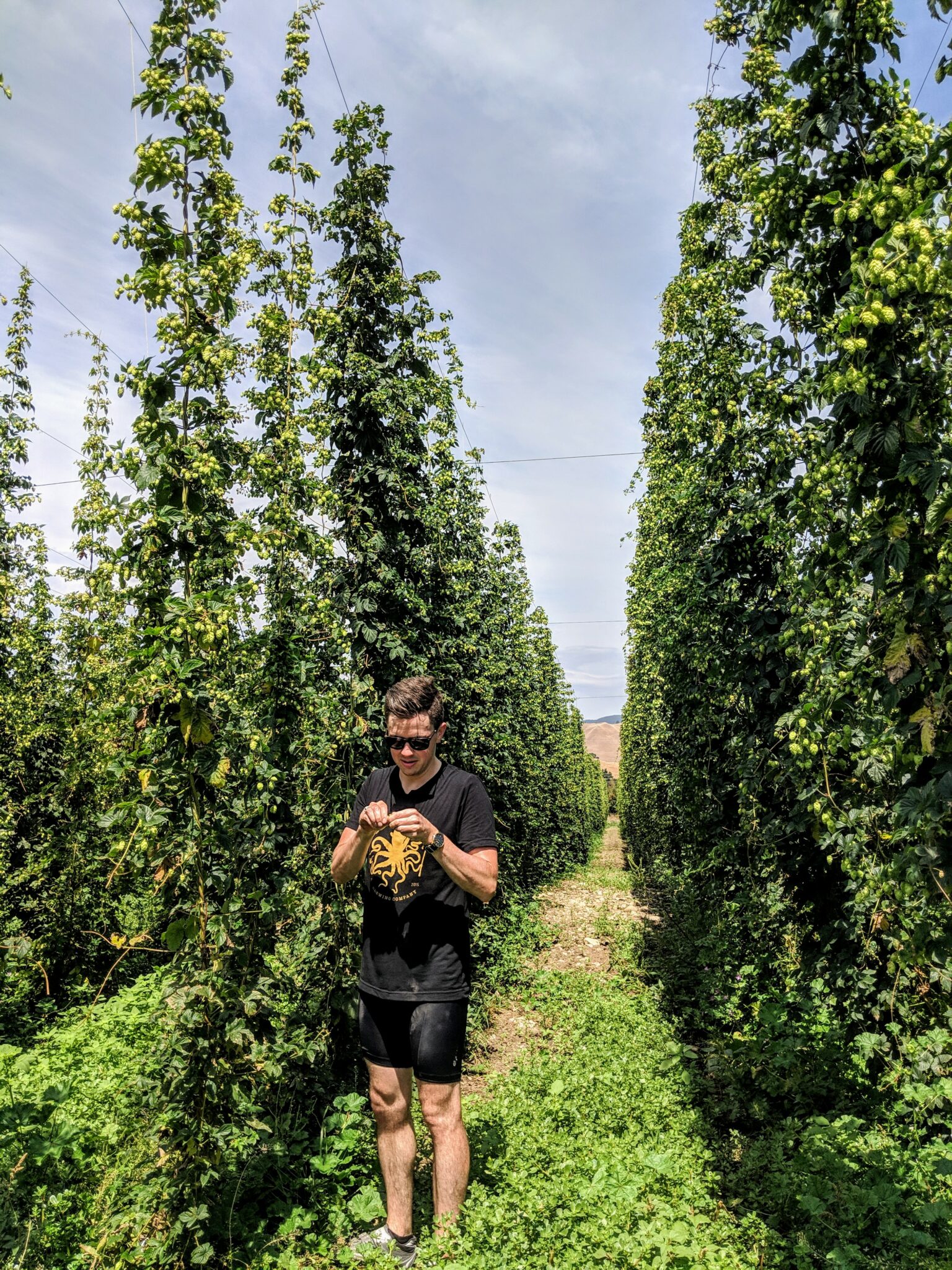 .... it was a nice place to take a break (we were experiencing a heatwave at the time).

In particular, Riwaka hops are very high in myrcene - an essential oil. In fact, myrcene makes up a whopping 68% of its oil composition. In contrast, American Cascade (a hop known for being quite high in myrcene) has a range of 45-60%. Myrcene makes up a large part of that distinctive hop fingerprint we taste in hoppy beers and can contribute fresh herbaceous, resinous, and green aromas and flavours to beer. 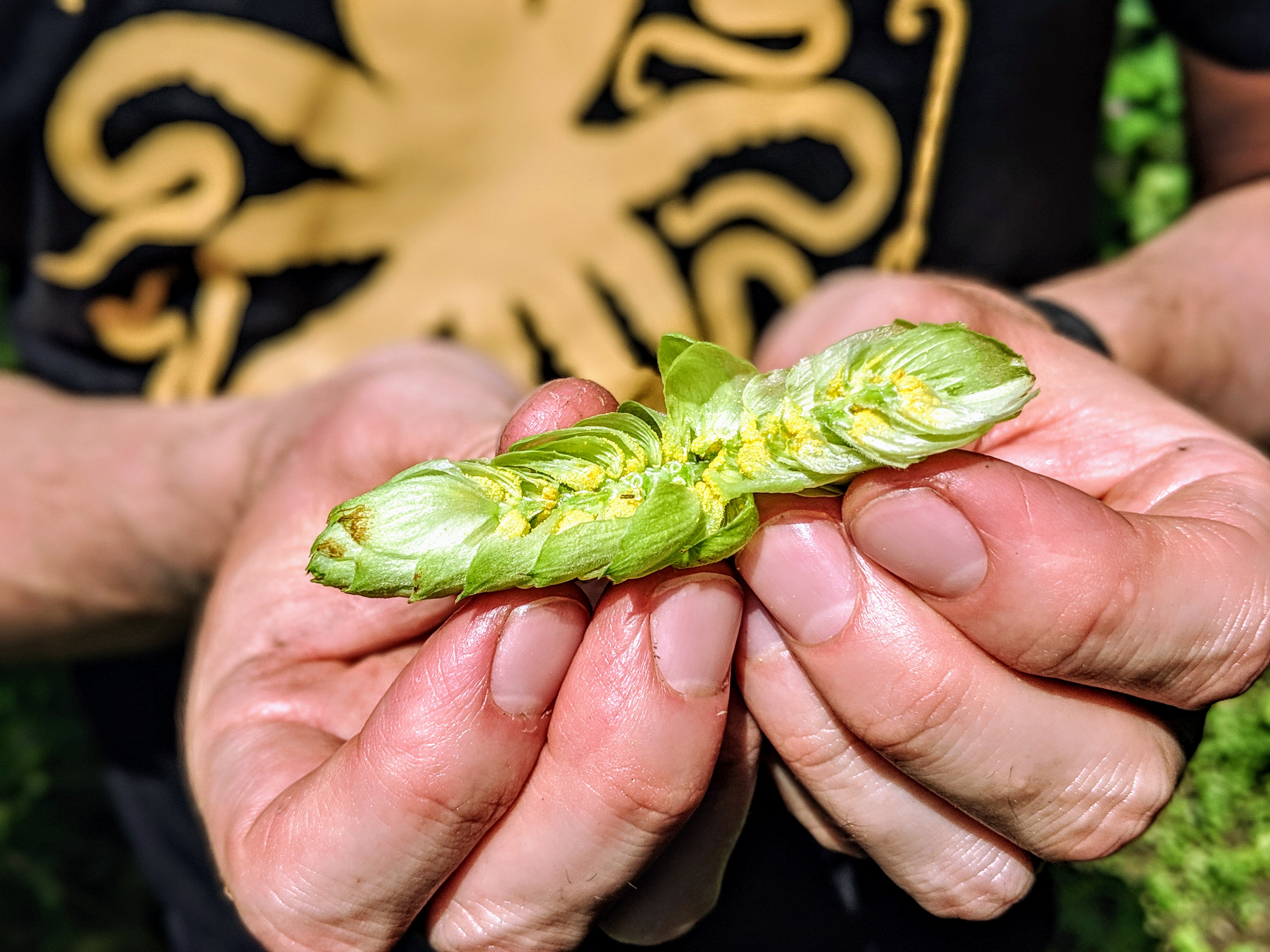 The bright yellow of the lupulin glands.

Roughly 48,000,000 kgs worth of hops were produced in the USA in 2018 vs. just 722,000 kg produced in New Zealand. While some varieties are sold to high bidders on contract, most remain at home in New Zealand. Indeed, it's pretty common to find commercially rare varieties of hops in homebrew shops across North America. But not so for Riwaka. You'd be very hard-pressed to find Riwaka hops anywhere.

Riwaka hops pack a real punch and are uniquely delicious. When I purchased them at a homebrew shop in Auckland, the store owner told me that she'd brewed with them recently and cautioned me that I didn't need much. Little did she know I was planning on doing a single-hop New England IPA with them.

We named this beer Tail Winds in gratitude to merciful tailwinds we sometimes encounter while cycling long distances. 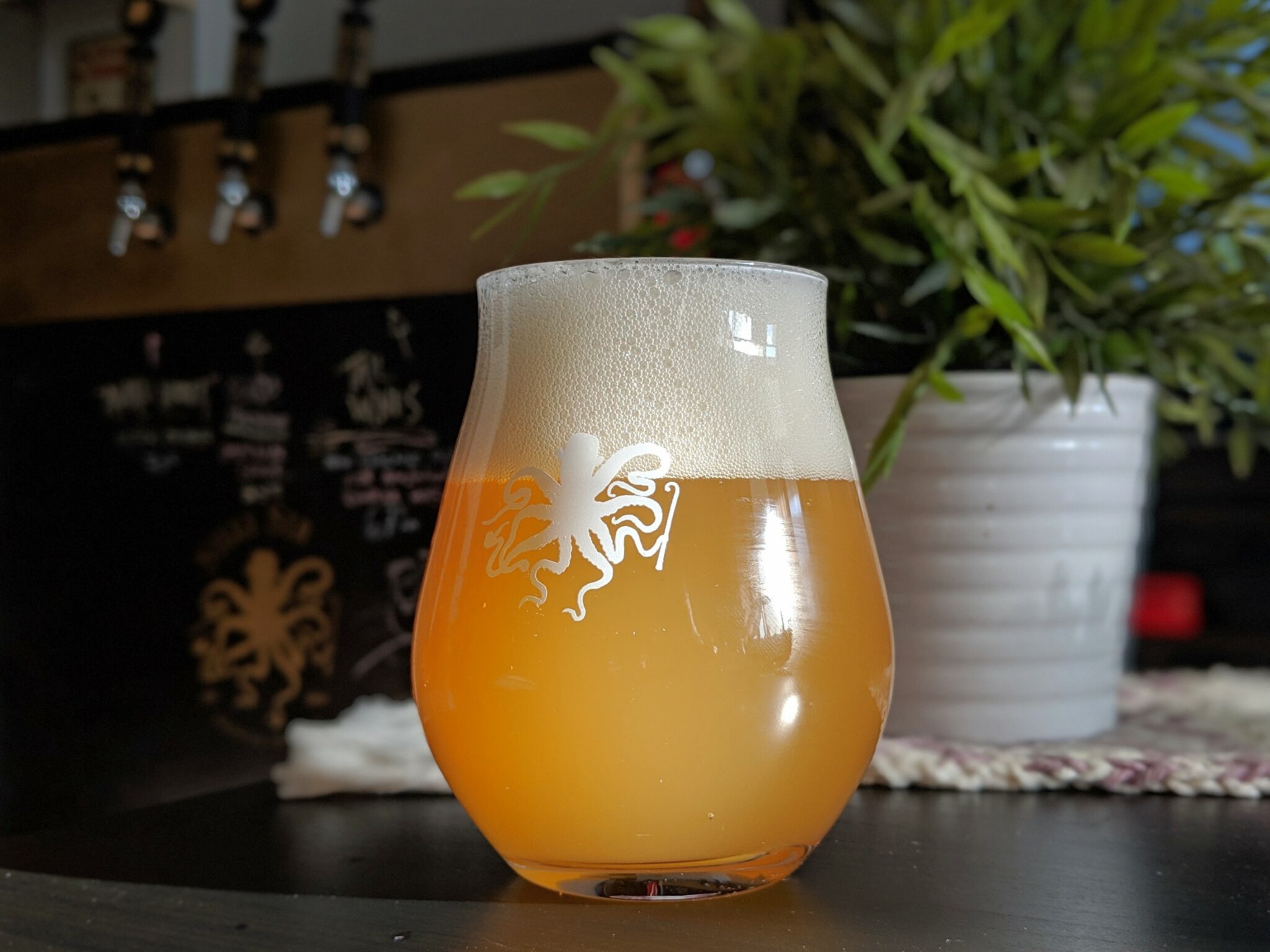 Aroma: The hops are pungent and present as extremely tropical.  In particular, I perceive it to be bursting with passionfruit and mango aromas, and even white grape. Initially, the beer presented a somewhat harsh gasoline-like aroma which I was told was normal and would dissipate over time. It did and is now, at three weeks old, barely perceptible. There are also moderate orange-citrus aromas.

Mouthfeel: Creamy, full, with a mild carbonic bite upfront that softens substantially at the finish.

Overall: This beer showcases Riwaka hops very well. I was surprised how elegantly they held their own as a single hop addition. I do however think their full potential may be achieved in hop blends; at least for New Englands which I believe ought to be citrus forward-first. I'll definitely use them again in the future once they reach the North American market and I can get my hands on them again. (I gave the rest to curious homebrew club friends).

The following recipe is adapted from my friend Mike Van's Hurricane Nat recipe. Mike's an IPA savant and an all-around great guy we're lucky to have in our local homebrewing club: GTA Brews. For Tail Winds, I reduced the bitterness to roughly 25 IBU, added some Vienna, and in place of Crystal-20 substituted with Honey malt. As you can imagine, the hop additions are nothing alike.

*Note: this is an advanced homebrewer recipe. It is critical to do everything you possibly can in your wheelhouse to minimize oxygen exposure for this style of beer - the importance of such cannot be overstated. For me it meant siphoning into a purged keg with a gentle flow of CO2 to replace the headspace as it dropped. Then purging the keg's headspace again once it was filled. Don't be lazy and do it right.

Tail Winds has been well received by all those who have sampled a taste including a couple of my harshest critics. I suspect it's in part due to its lower than average bitterness, but mostly I think it's the intense passionfruit and mango flavours. Even self-described IPA-haters/crazies love it.

If and when you finally get a chance to use these hops in one of your creations, remember to consider: 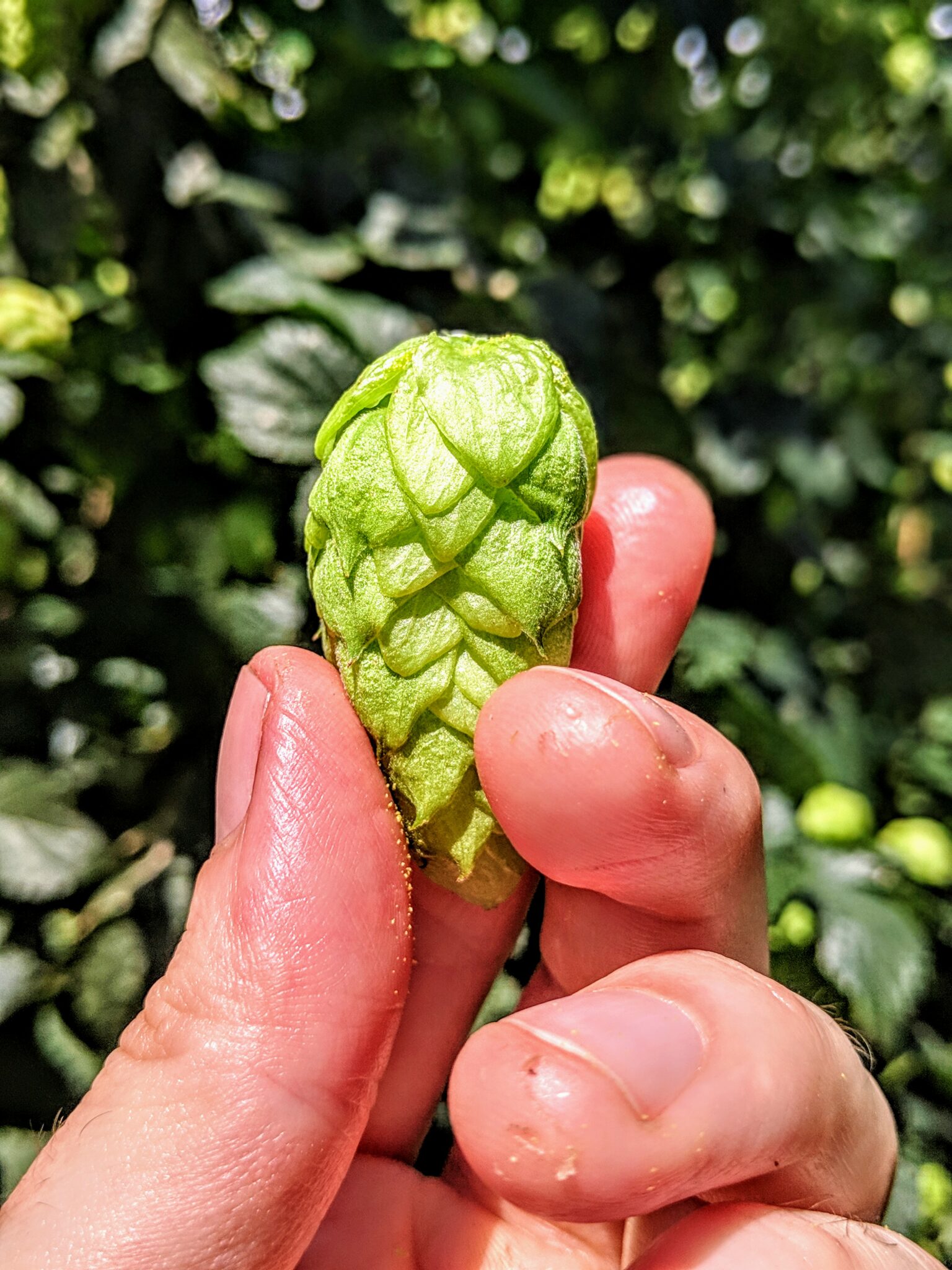 Are the grain bill percentages/weights correct? As per my calculations, pale malt should constitute 64.3% of the total bill.