Well this was an interesting experiment... 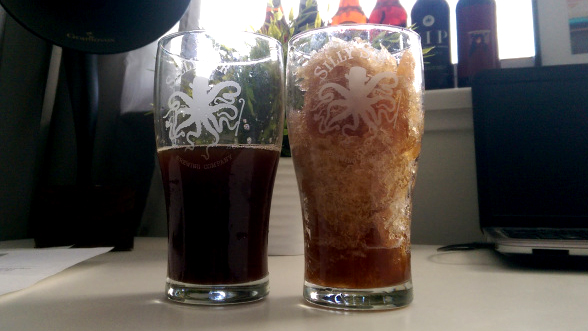 Eisbock is typically a term given to beers that have been created by freezing off a portion of the beer's water and then discarding it so as to increase its percentage of alcohol and elevate its maltiness. Typically an eisbock (German for ice strong-beer) has an alcohol percentage of around 10% or more. The alcohol levels levels for this beer however were much lower. This beer had a huge problem that needed a solution.

I wanted to brew two-1 gallon batches of the same beer together into a single 2 gallon batch, but grossly miscalculated the absorption of water into the grain, and sparge water amounts. I ended up with about 4-gallons of beer in the fermenter, roughly double what I had intended. The beer was extremely diluted. I was concerned I'd ruined a brew day.

Annoyed, I began to consider how I might be able to fix this problem. If I hadn't already cooled the beer and pitched the yeast, I could have just left it on the burner to boil off most of the water and achieve the proper volume of wort. I didn't do this because I had no extra yeast to pitch. If I brought it back to a boil, it would die.

I knew there had to be a solution to my problem but wasn't sure what it was. I knew alcohol had a much lower freezing point than water, and I also knew it was winter and that I could leave it out on the balcony to freeze it. I checked online to see whether anybody had ever frozen their beer to elevate their alcohol percentages, and came across this "eisbock" thing. I'd never even heard the term before. 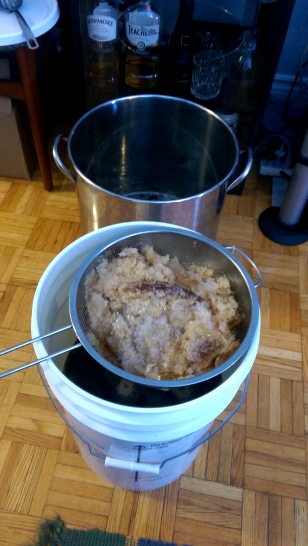 Using a colander, I let the concentrated beer drip below… 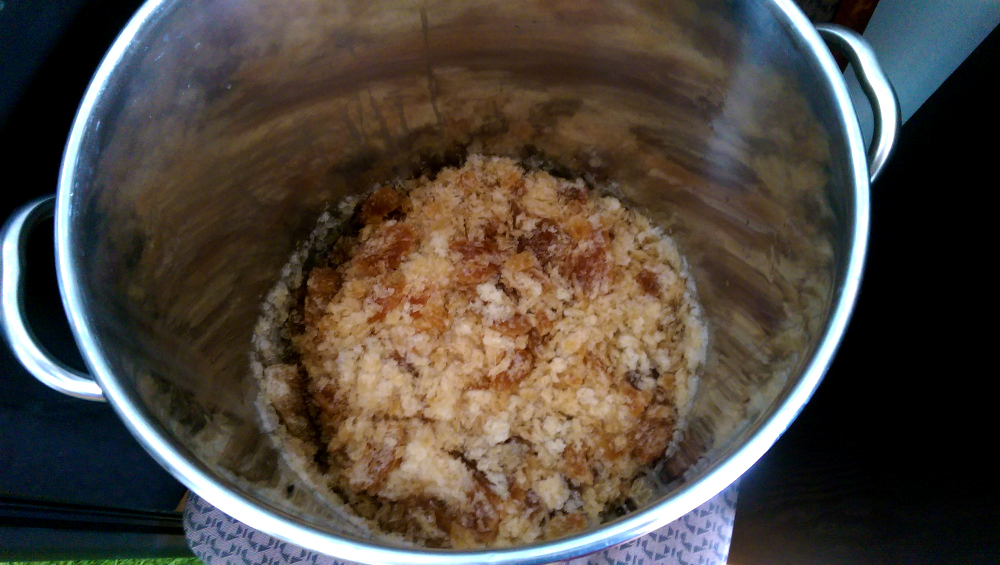 …before discarding it in my boil kettle.

Basically, you just partially freeze the beer after it's done fermenting, and skim a crap ton of ice from the top. I got rid of approximately half of the ice to bring the alcohol levels to within a "normal" range. I estimate that the ABV is between 3-4% now, which while quite low is a substantial improvement from 1.5-1.9% which I estimate it was at before my experiment. I don't think it's quite doubled as I'm sure I discarded some alcohol that was encapsulated in the ice too, but the beer now tastes much fuller, and has been saved. 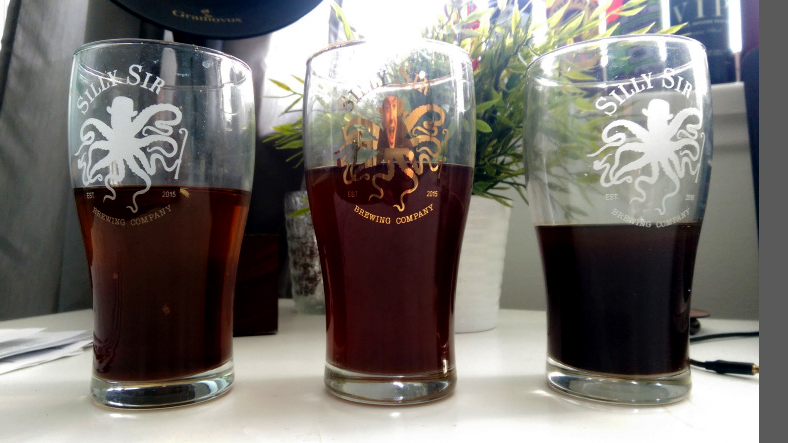 Left: melted ice that was freshly skimmed off the top. Middle: melted ice taken from the brew kettle. Right: the concentrated “eisbock”

I use the eisbock term liberally. This is not a "strong-beer" by any means. Still, I'm proud of how I was able to rescue a beer that would otherwise have been dumped. It is now on tap in the Silly Sir keg, and ready for consumption by friends, family, and let's be honest: mostly myself.

Have you ever had to rescue a beer from certain doom? What was the problem, and what was the solution? Let me know in the comments below.

Published by: Matti in Brewing